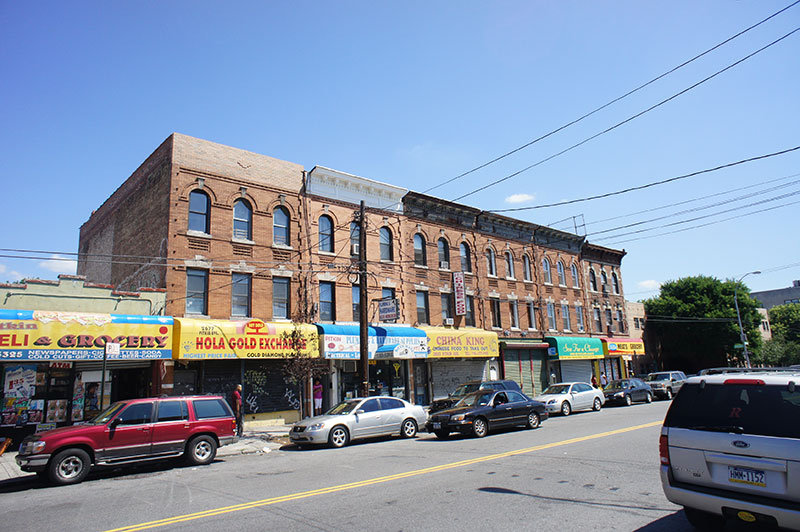 East New York, Brooklyn, is a one square mile area on the eastern side of Brooklyn, a New York City borough on the western tip of Long Island.

This neighborhood is a residential and a commercial area that allows many Americans to live and experience the New York urban dream while pursuing their interests in the global city of opportunities.

Before the arrival of Europeans seeking to start over a liberal life in the new world in the 17th century, he Canarsie Native American tribe inhabited Brooklyn. The tribe fished and farmed until the Dutch West India Company annexed the land and established different settlements in the mid-1600s including; Gravesend (1645), Breuckelen, (1646), New Amersfoort (present-day Flatlands), (1647), Midwest (present-day Flatbush), (1652), New Utrecht, (1657), and Boswijck (present-day Bushwick), (1661). The settlers soon changed the rural area with forests and farmlands to a thriving urban sprawl.

Notably, East New York, Brooklyn was ceded to America in the 1783 Treaty of Paris that was preceded by the battel of Brooklyn in 1776 between Britain and Americans.

At the present day, Cypress Hills Cemetery on the north side, Queens Borough on the east side, Bay Ridge Branch railway tracks along Van Sinderen Avenue to the west, and Jamaica Bay on the south side delineate the boundaries of East New York.

Atlantic Avenue and Linden Boulevard are the primary thoroughfares that the neighborhood lies along.

African Americans moved in the neighborhood in the late 20th century and became the majority community they are today comprising of more than 65% of the entire population.

Latin Americans are also a significantly sized group comprising about a quarter of the population, and other ethnic groups give the area a sense of diversity, warmth, character, and social distinction.

For prospective residents, there are various options for settling in the neighborhood with affordable rental spaces and fair real estate selling prices.

Firstly, there are different subsections such as; City Line, New Lots, Spring Creek, Cypress Hills, Starrett City, and the Hole.

Each of the subsections differs on what they offer to potential residents in terms of residential, community life, social amenities, etc. For instance, Starrett City, with its large Federal-assets rental housing schemes that some people believe to be the largest in the country.
Meanwhile, the Hole is a run-down neighborhood that offers affordable housing but with a high crime risk unlike Cypress Hills with its well-kept flower beds and an atmosphere of the classy living.

The Convenience of Living In East New York, Brooklyn

This neighborhood of Brooklyn is served by several New York City Subway services that are accessible to residents in all subsections. The MTA Regional Bus Operations also cover the New York City area giving residents convenient access to Manhattan and other financial and commercial districts through public transport.

Meanwhile, crime has been a significant concern in the area, but the 75th Precinct of the NYPD statistics indicates that the security situation is improving compared to the 1990 levels mainly because of the economic prospects that the bullish US economy affords.

East New York is only a couple of miles away from Ozone Park where Carmula is headquartered.