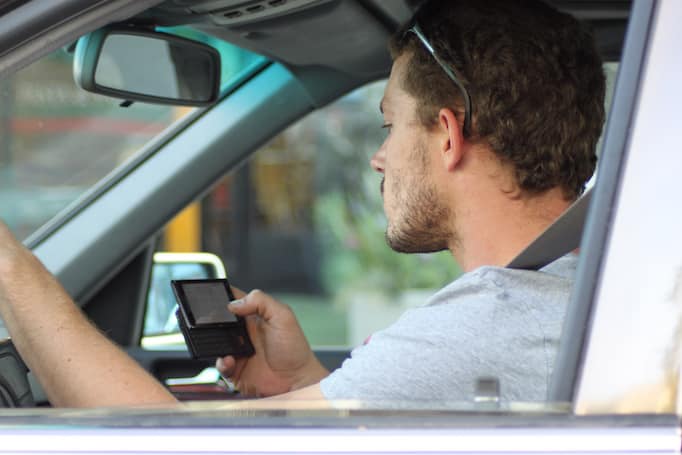 You can probably imagine what it is based on the title. No, it’s not a joke: a texting breathalyzer. With more and more people getting into fatal car accidents every day, it’s no surprise that something along these lines would arise in an attempt to vanquish the epidemic.

Ben Lieberman’s son was killed in a fatal collision in 2011. His 19-year-old son, Evan, was the victim of a distracted driver; another fatality of the many caused by this escalation. Lieberman fought a six month long battle in court under a lawsuit against the driver that killed his son. After all was said and done, the cause was finally brought to light. He doesn’t believe it should take such a struggle to learn that a careless driver was to cause; not an accident.

Lieberman is working with an Israeli tech company, Cellebrite, to develop this app we’ve all come to know as Textalyzer. There’s a massive move on legislation to make Textalyzer a required means for those behind the wheel, and New York is taking it head-on.

Many believe it’s an infringement on privacy. Police would need to get consent from the driver in order to access their phone and the Textalyzer app. Concerns about this arise from privacy advocates, stating that alongside the drivers’ right to privacy, their personal information could also be accessed from such an app.

When you look at the startling statistics, the desire for such an app to control the increasing number of driving-related fatalities isn’t unexpected. Over 40,000 fatalities due to road-related accidents occurred in 2016, a leap from the 2014 data on the same topic. It’s increasing every year.

Textalyzer will be able to report the last known swipe or click time for the users smartphone. While it doesn’t reveal any personal information such as who the driver may have been texting, or what those message contain, it does give police the means to gain a warrant to then access the messages of this drivers’ phone; this process, when gone through the motions of court, can usually take months. Textalyzer would change that.

Under the bill being considered by New York, the driver would have their license suspended for not electively turning over their phones to the police in order to read Textalyzer statistics after an incident. It’s one more leap forward for all types of legislation, which are rapidly catching up with technology.

While many states already possess laws and regulations aimed at combating texting while driving, Textalyzer would potentially evoke enough fear from the driver that they would truly leave their phone alone for the duration of their commute. While the New York Civil Liberties Union proposed the law, it isn’t being done so without backlash. This New York bill would set the stage for the rest of the country to adopt Texrtalyzer; could this be the curb to this growing epidemic we’ve all been waiting for?

PrevPreviousWhen is it cheaper to get rid of your car than to keep fixing it?
NextRear Differential Repair Cost and ReplacementNext