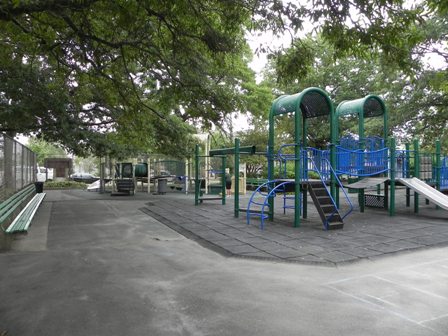 If you are around Howard Beach in Queens, and you need to take a break from the constant bustle of your busy job, then this memorial park is the place to be.

Frank M. Charles Memorial Park in Howard Beach, Queens, has something beautiful to offer to everyone. Aviation fans get a spectacular view of planes landing and taking off in the nearby John F. Kennedy International Airport. Picnickers can enjoy their outdoor excursion at the serene park as nature lovers sit on the benches to take in the breathtaking beauty of Jamaica Bay. This park gets its name from Private Frank M. Charles, a Howard Beach resident who was killed in World War I in France. There’s a memorial marker in the park in his honor.

Frank Charles Memorial Park is equipped with two sports fields, five tennis courts, a children’s playground, and a basketball court making an ideal place for sports enthusiasts to play their favorite games or watch their favorite players in action.

In the past, people, residents, and non-residents alike have decried the sorry state of the memorial park. Two Howard Beach residents started a public petition to get the park officials working on the grounds which they described as a shadow of its former glory. The memorial park has undergone a significant facelift, especially for the children’s playground. The state of the park may not be at par with other parks, but the city has made a commendable effort in restoring the park to its former glory.

“This park is a great place to stretch your legs and relax before a flight from JFK,” McMon Scotland posted in a review on TripAdvisor. “There are views of the airport across the water on a clear day. There is a good play area for kids, a nice pathway around the park, a couple of ball fields, and a beach area. A nice, quiet neighborhood park where you can relax before the super stress of the airport.”

Frank Charles Memorial Park in Howard Beach, Queens, is an ideal place for anyone seeking to unwind after a hectic working week. You can plan a small picnic with friends or just a day out with your family.