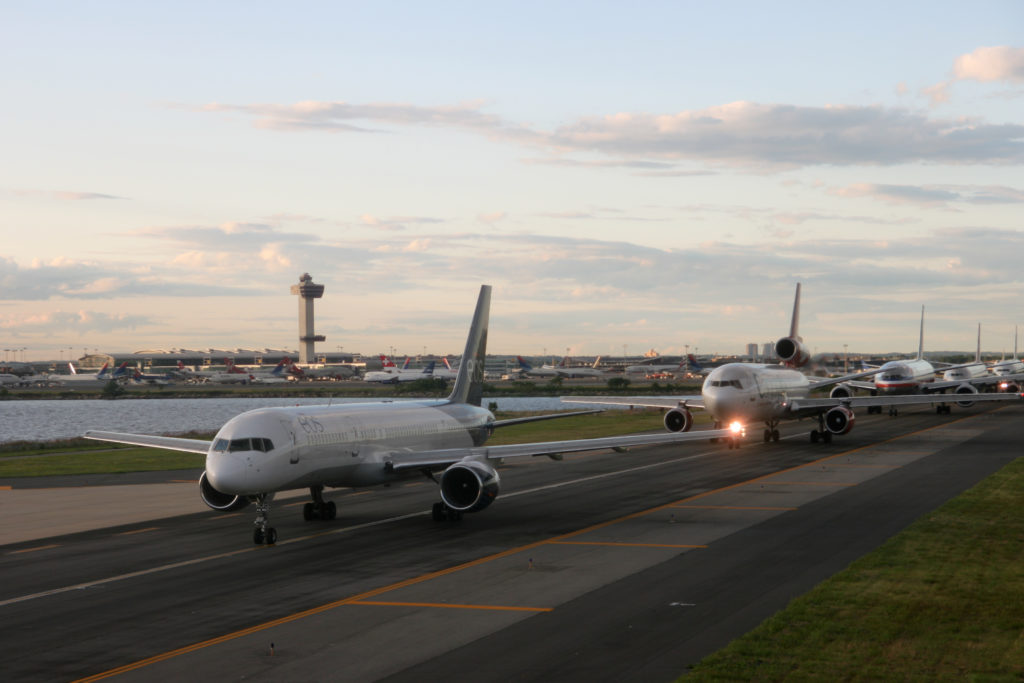 The Port of New York Authority opened the airport in 1948 as New York International Airport, but most people called it Idlewild Airport because it displaced the Idlewild Beach Golf Course. In 1943, the airport was named the Major General Alexander E. Anderson Airport in honor of a Federalized National Guards commander who hailed from Queens.

The airport was named John F. Kennedy International Airport in honor of President John Fitzgerald Kennedy, on December 24, 1963, a little over two months after the president’s assassination. The Port Authority of New York and New Jersey operates JFK to this day. The airport is a base of operations for American Airlines, Delta Airlines, and JetBlue Airways’.

The airport also has extensive security searches where security personnel painstakingly search every passenger and luggage to ensure safety for everyone onboard each flight.

Travelers can get to and from the airport using taxis, buses, the AirTrain, hotel shuttle, and rented cars. The AirTrain is free within the airport and to the Federal Circle Station. However, if you start or end your journey at Jamaica and Howard Beach stations, you’ll pay $5.00.

Earlier this month the TWA Hotel became the first hotel in operation on JFK grounds. The hotel is on one of the airport’s iconic terminals, which has been empty after Trans World Airlines (TWA) went bankrupt in 2001. The TWA hotel with 512 rooms and 50,000 feet of meeting and event space, opened its doors to guests on May 15, 2019. The new hotel has rooms with thick glasses which lock out the noise from the busy airport and also offer a spectacular view of planes landing and taking off, which will thrill aviation fans.

“From the moment guests and visitors arrive at the TWA hotel, they will find themselves immersed in the ethos of 1962’s rich culture, architecture, sights, sounds, and ambiance,” Tyler Morse, CEO of MCR and MORSE told CNN travel. “The attention to the smallest of details permeates the entire guest room experience, paying homage to the magnificent landmark and special time in American history.”

One of the beauties of flying into JFK is that you are only minutes away from the Resorts World Casino in Ozone Park.