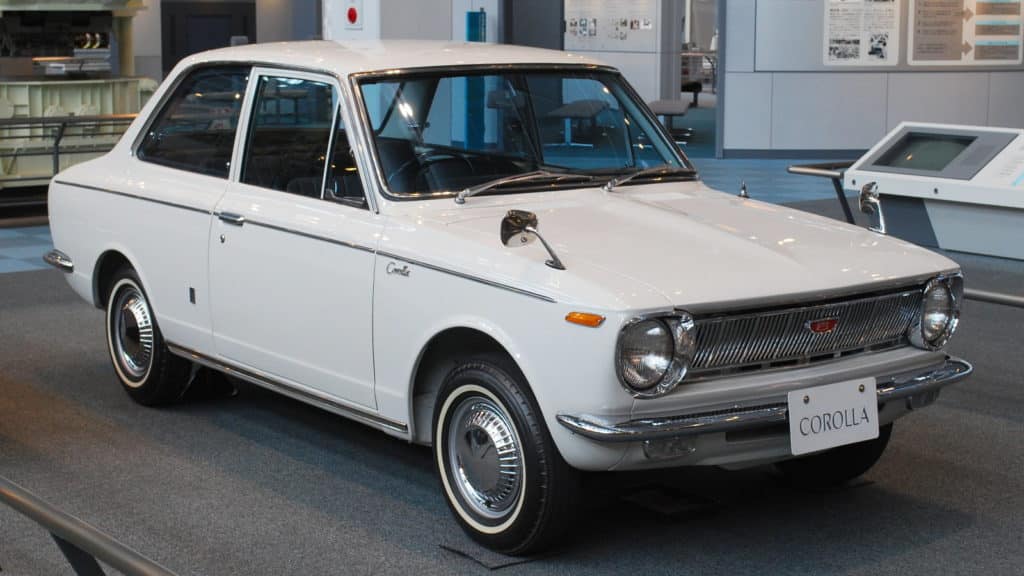 As of November 5th, 2016, the Toyota Corolla has been in production 50 years. The vehicle has been a huge success for Toyota motor corp. and is still being produced to this day. To date, over 44 million Corolla’s have been sold worldwide. Originally the car was marketed and sold as a vehicle for the masses, a car for everyone, and it seems Toyota has achieved exactly that.

In the 1950s Japan’s economy was recovering from World War II and it was Toyota’s goal to create a car that the average family could afford. Originally the vehicle Toyota came out with was the “Publica” which did not do very well. From there, Toyota developed the first generation Corolla which went on sale in 1966. The car became a huge success and went on to survive for 10 generations. In 2016 the Toyota Corolla is considered the number 2 best-selling passenger car model, behind yet another Toyota, the Camry. The car continues to sell well and serves as one of the staples of the Toyota brand.

Over the years the cars were offered in different body types; coupes, sedans, and wagons. Different engine options also became available, and the car went from rear wheel to front wheel drive. Aesthetically, the vehicle went from a very bland utilitarian design to one now which is considered more “sporty” and “fun.”

One of the reasons why Toyota’s, in general, have become so popular in the United States and other countries is their reliability. Not just the Corolla, but the entire brand as a whole is known to be an extremely reliable one. In a study performed by CarMD.com, the 2015 Toyota Corolla was judged to be the most reliable vehicle in America. Toyota also led the study by being the most reliable brand, having 18 models fall into the top 100 vehicles for reliability. Ford fell in second place with 14 vehicles and Honda came in third place with 10 vehicles.

The Toyota Corolla is also offered at a favorable price point range for the masses; starting at under $20,000 for a new car in 2016. The first generation model was being sold at under $1,700 which was considered affordable at the time. Even now, a vehicle under $20,000 is considered to be, for the most part, affordable by today’s standards. This price point, combined with the reputation for reliability, created a perfect storm for a vehicle to be widely popular and the Toyota Corolla fit the bill perfectly.

With the onset of electric cars gaining popularity, vehicles like the Toyota Corolla will still see favorable sales due to their high miles per gallon rankings and cheaper price points. The electric car revolution will most likely affect gas guzzling vehicles more so in the beginning before it truly starts to affect cheap mass-market cars like the Corolla. However, Toyota already has many hybrid options available and will most likely start to offer fully electric versions of their vehicles at some point in the future. Perhaps one day, the Corolla will continue its reign as one of the most popular vehicles ever made as an electric version. Regardless, the vehicle has entrenched itself as a staple within world-wide society and will continue to be viewed as a “go-to” option car purchase for years to come.

If you have an older Toyota Corolla that you would like to sell or junk, feel free to contact us to get paid top dollar and/or have it removed.

PrevPreviousCars that depreciate the most and fast
NextWhen is it cheaper to get rid of your car than to keep fixing it?Next