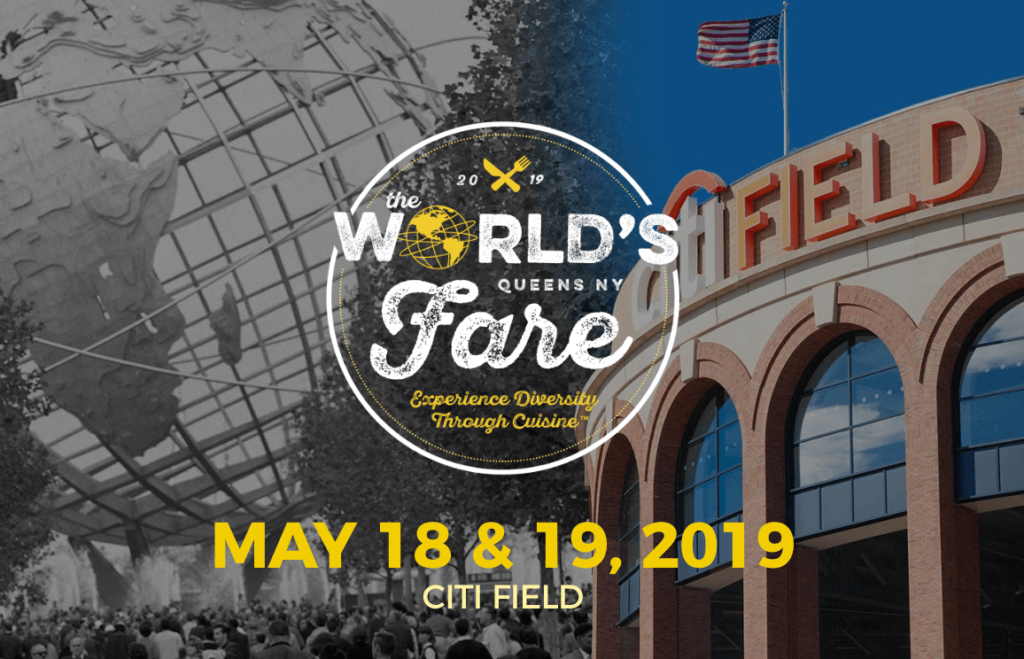 International culture and food festival, the World’s Fare is set to return to Citi Field for another time this month. The first fifty vendors were announced back in April.

The list included names of a brand new Korean fusion restaurant operating in Sung Park and known as Wind Rose. Wind Rose also worked as a chef at the Jean-Georges. It was also at a recent event Boerum Hill’s Brasserie Seoul.

The full list is finally out, and a total of hundred vendors have been listed. They present spanning international cuisine with too many delicious options and savory to those who will attend the event.

The international food festival was inspired by the 1964’s World’s Fair held at the Flushing Meadows Park. Running from the 18th to 19th of May 2019, the tickets to this global event start retailing at $23. However, there are various up-charges for other services, such as access to a beer garden.

Although the food festival is open to all empty stomachs from all walks, the beer garden is strictly open to people 21 years and older. The festival also supports several charities, and one of them happens to be the City Meals on Wheels.

This year’s event will also include crowd most favorites such as Gaucho Burger Company, All American Wontons, and Sam’s Fried Ice Cream among a host of other entertainers. There is also a new vendor that will be, (for the first time), serving grasshopper dumplings at the event. Many people are exposing themselves to this exotic dish recently.

According to the co-founder of the World’s Fare, Elizabeth Aloni, the idea behind this event was to bring people together on a profound level through sharing some of the best foods. They are then exposed to various cultures from all across the world.

The inaugural event that occurred last year drew a crowd of 10,000 people, and the same turnout is expected for this year’s event.

Once you are too stuffed to have another bite, come on back to Ozone Park and check out the home where Jack Kerouac wrote some of his most famous novels.